Electronic panel sensitive to radiation from cell phones produced from simple pendants that flash feverishly when conversations are in progress. 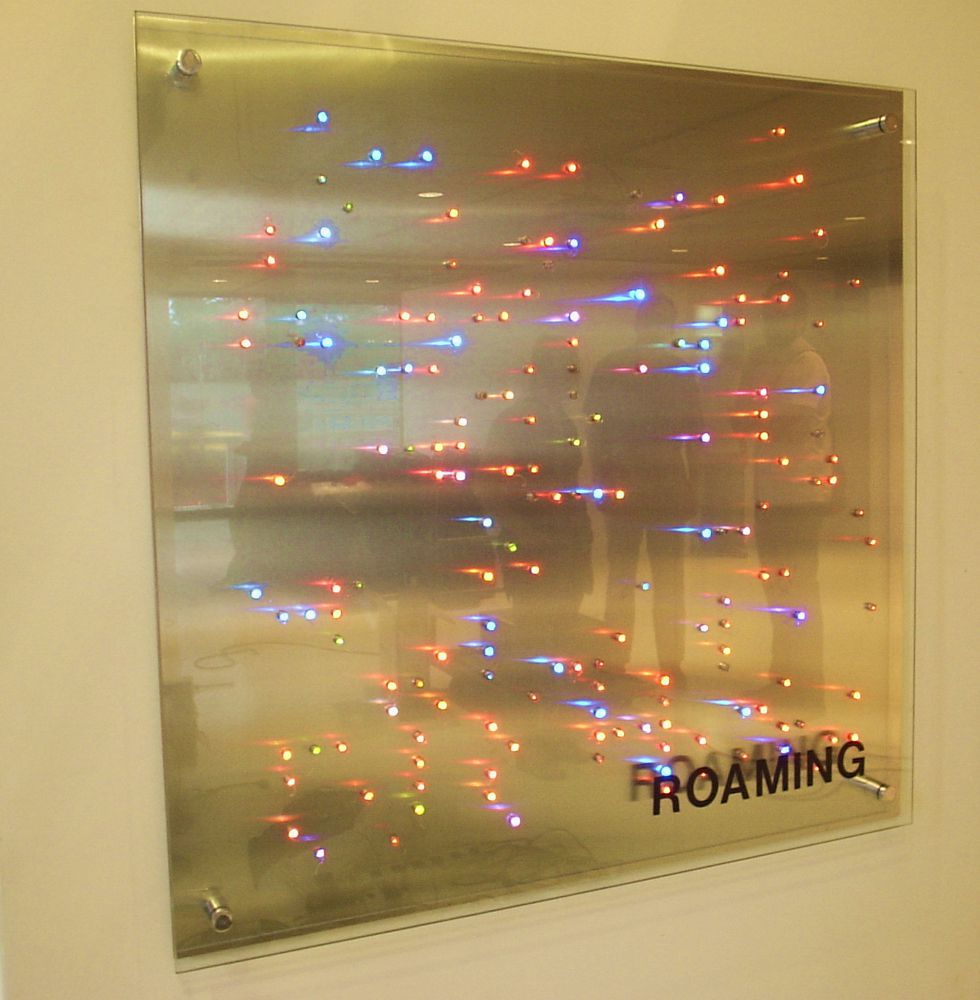 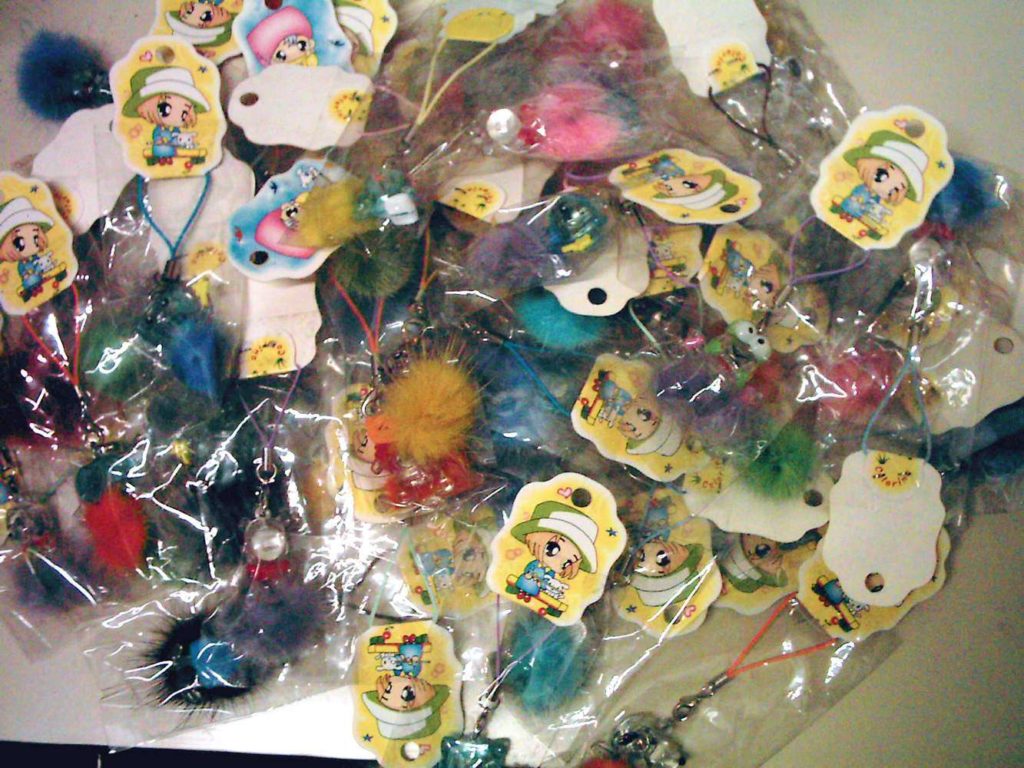 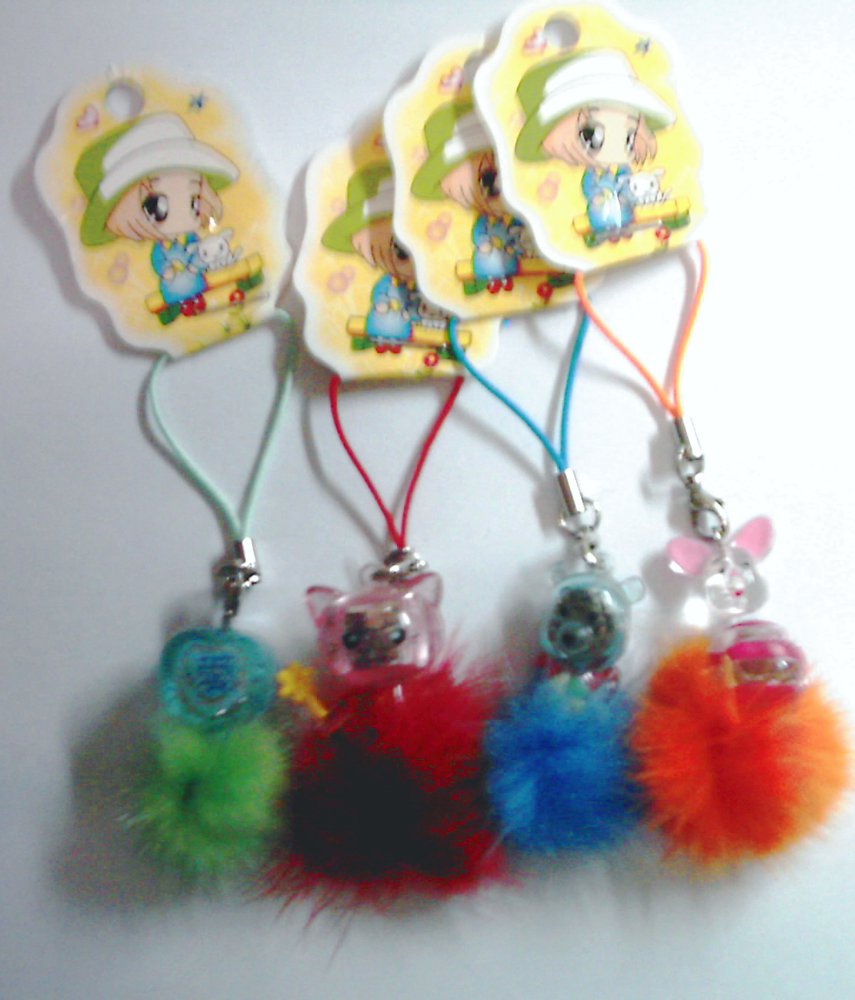 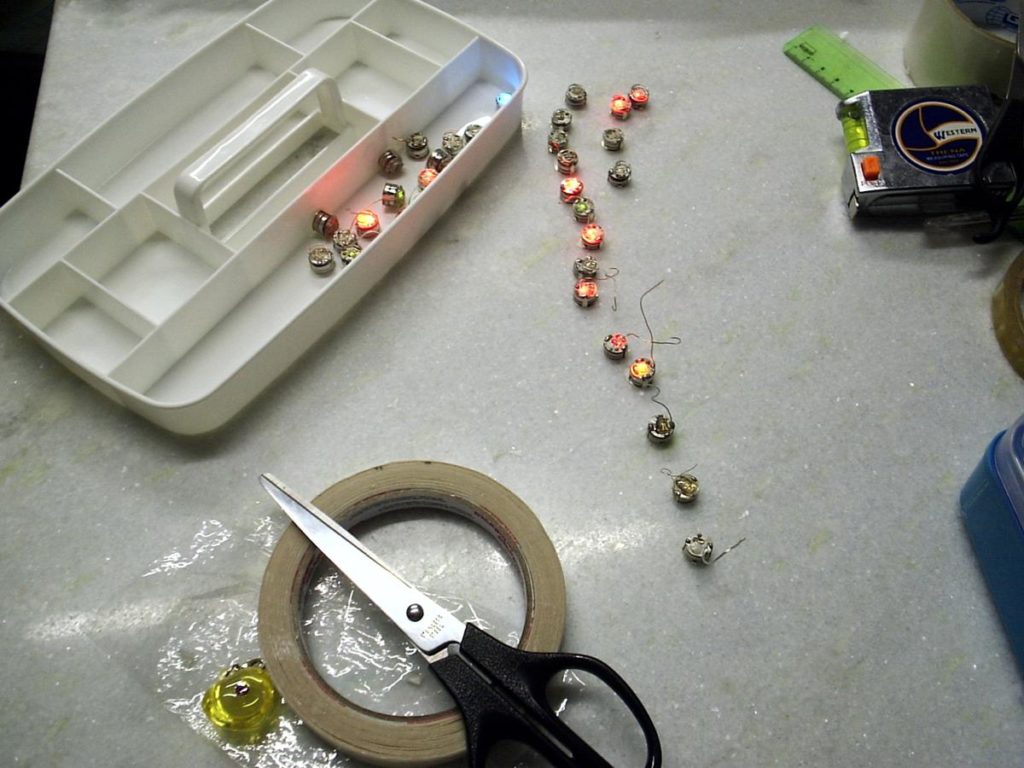 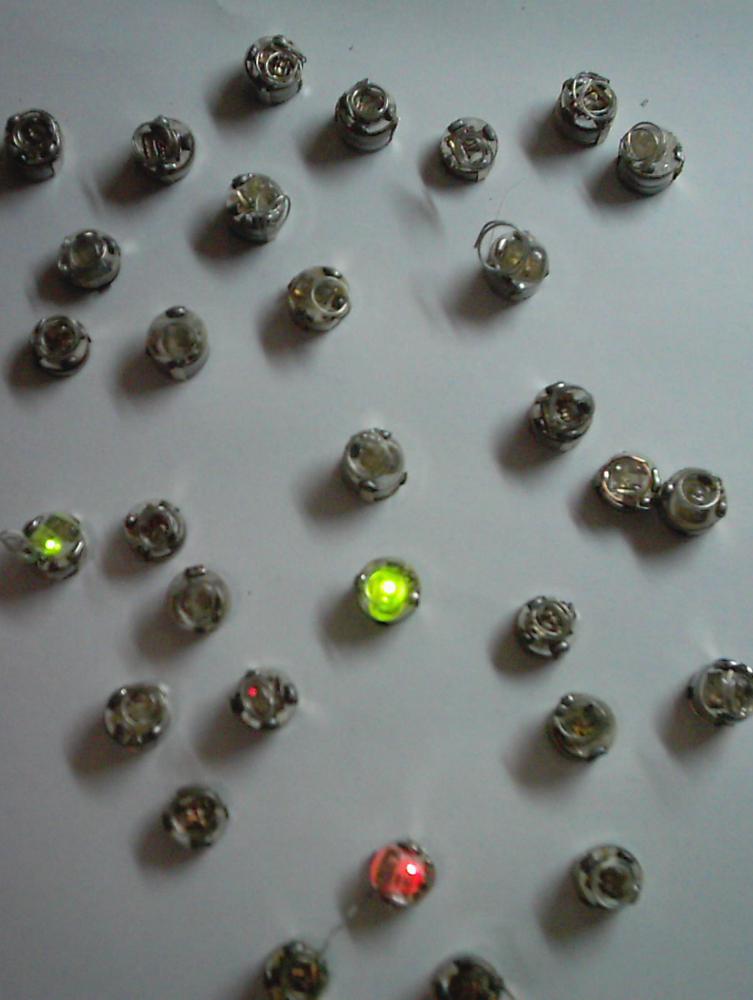 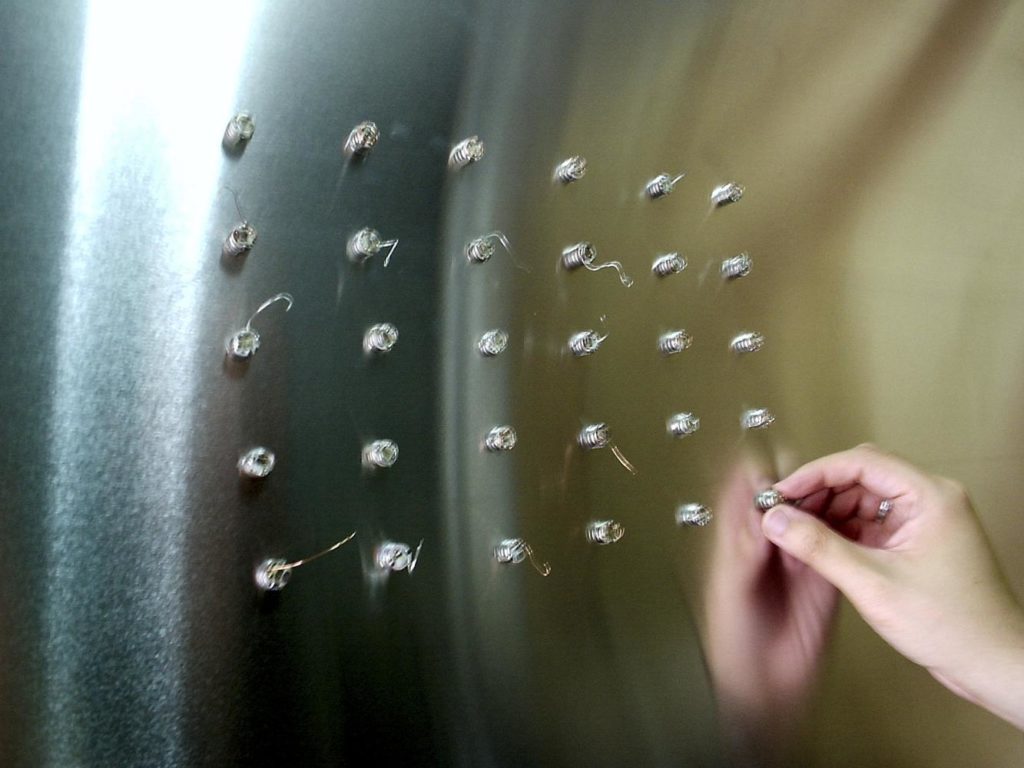 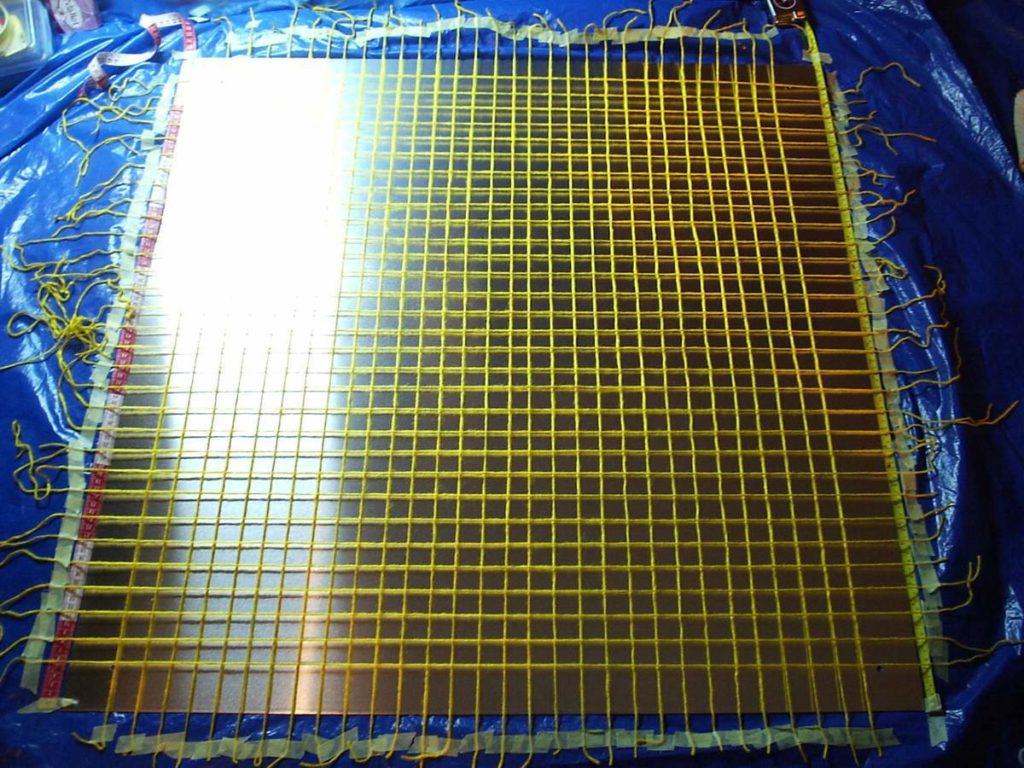 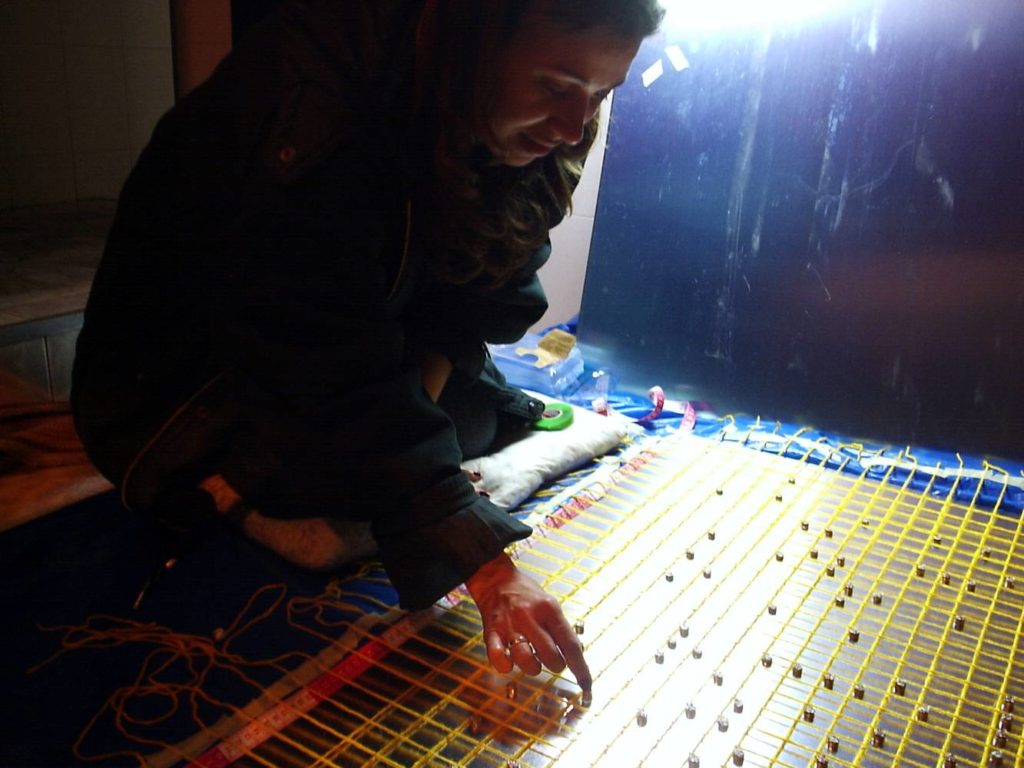 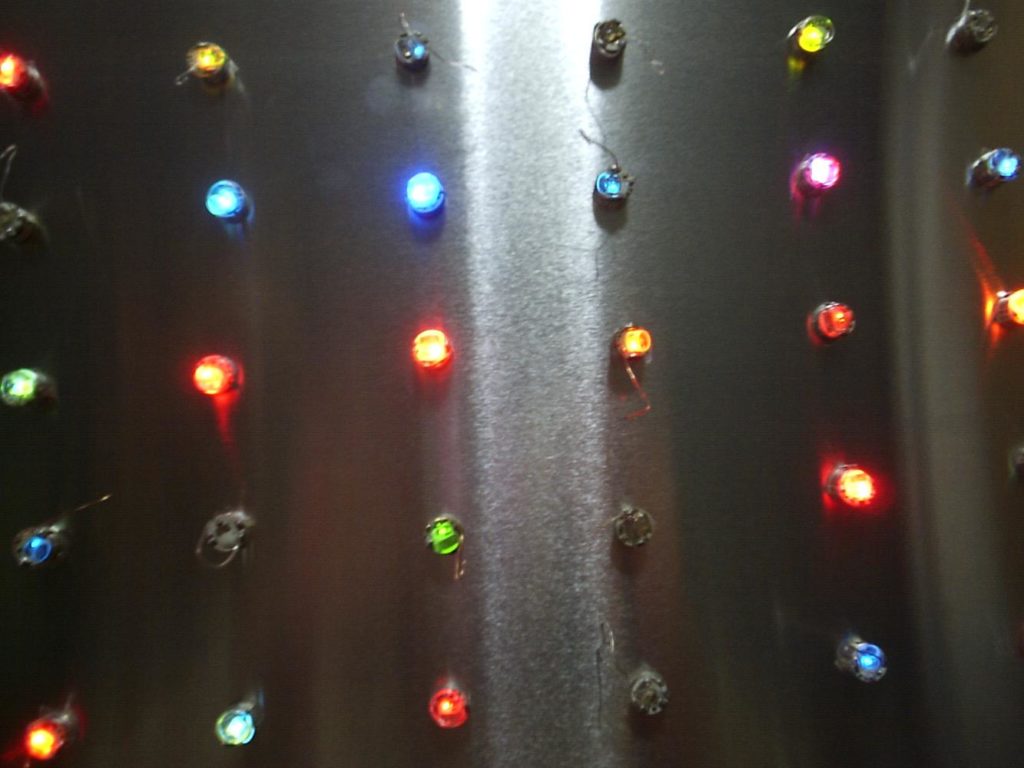 Circuits light up when cell phones are in use. 2007. 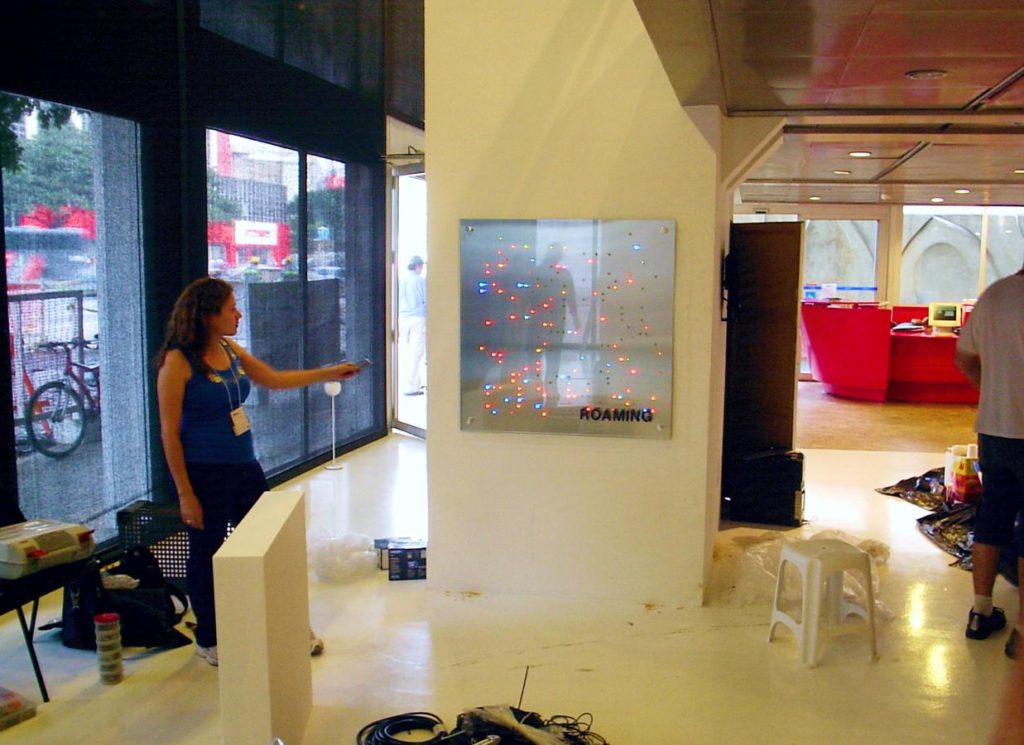 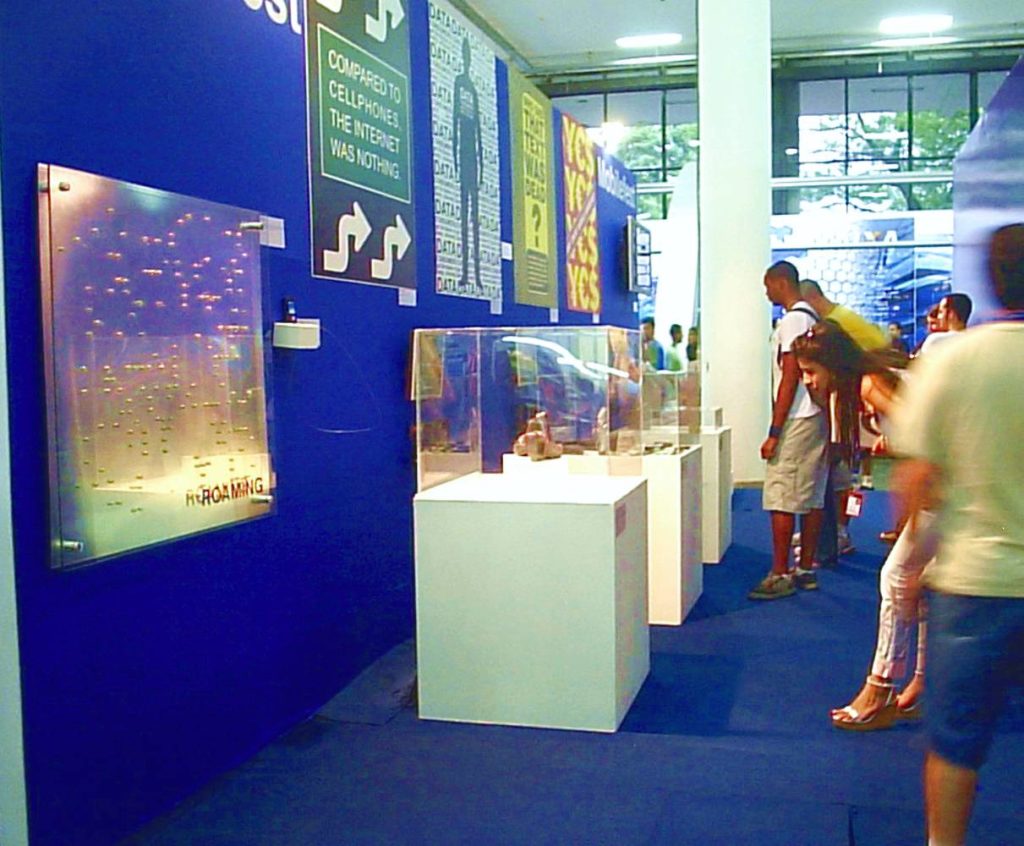 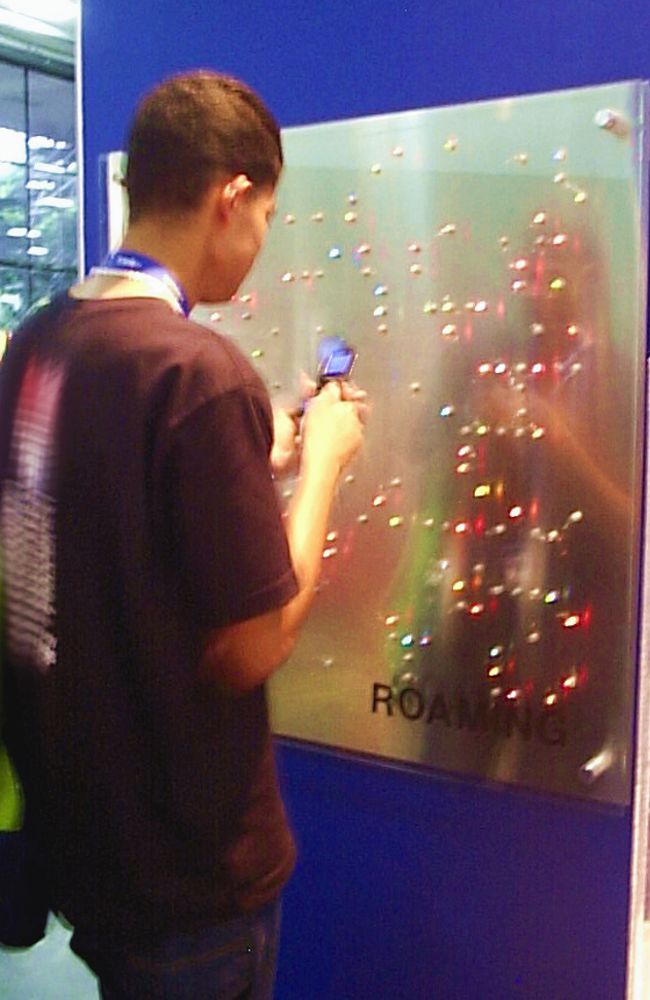 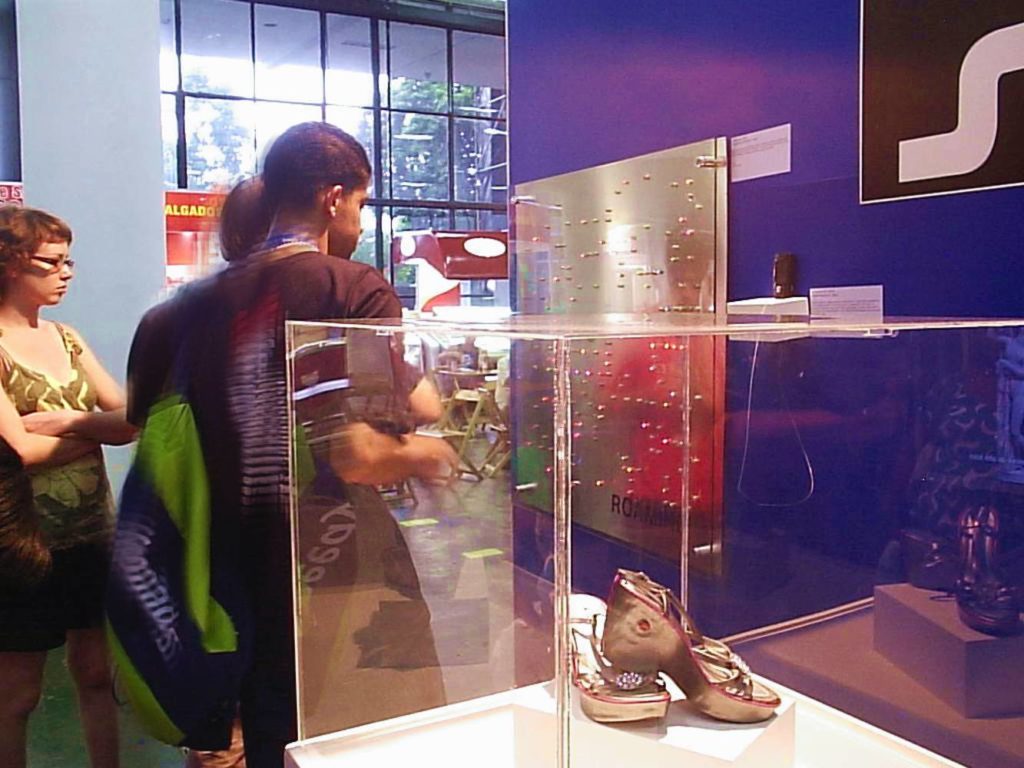 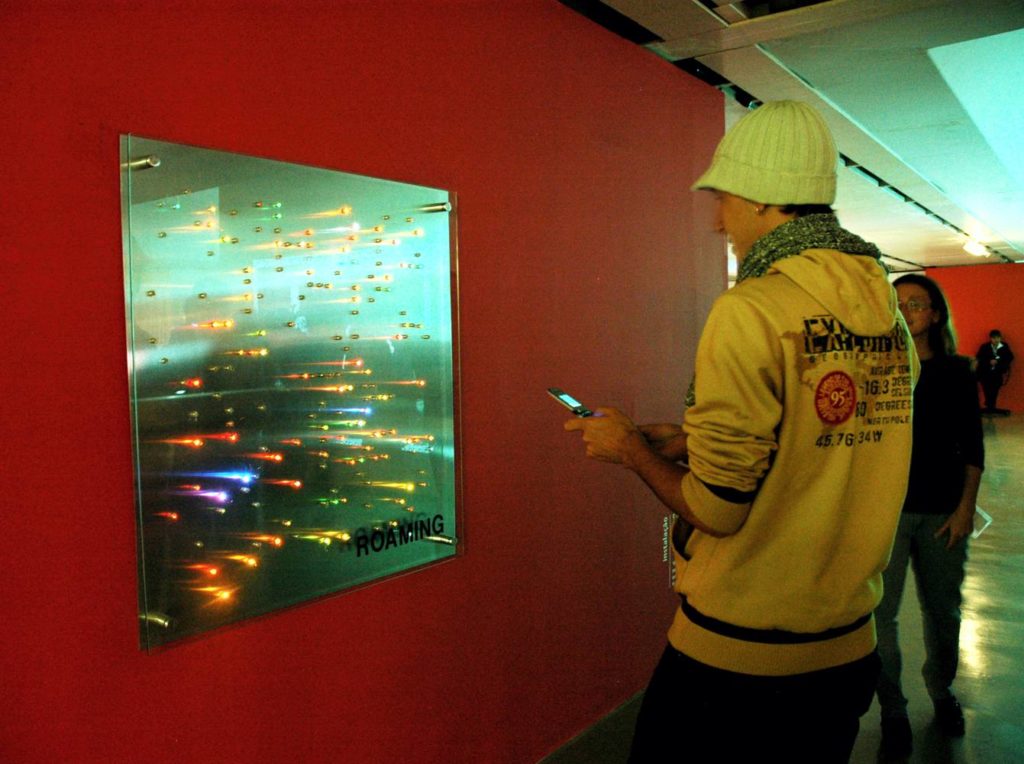 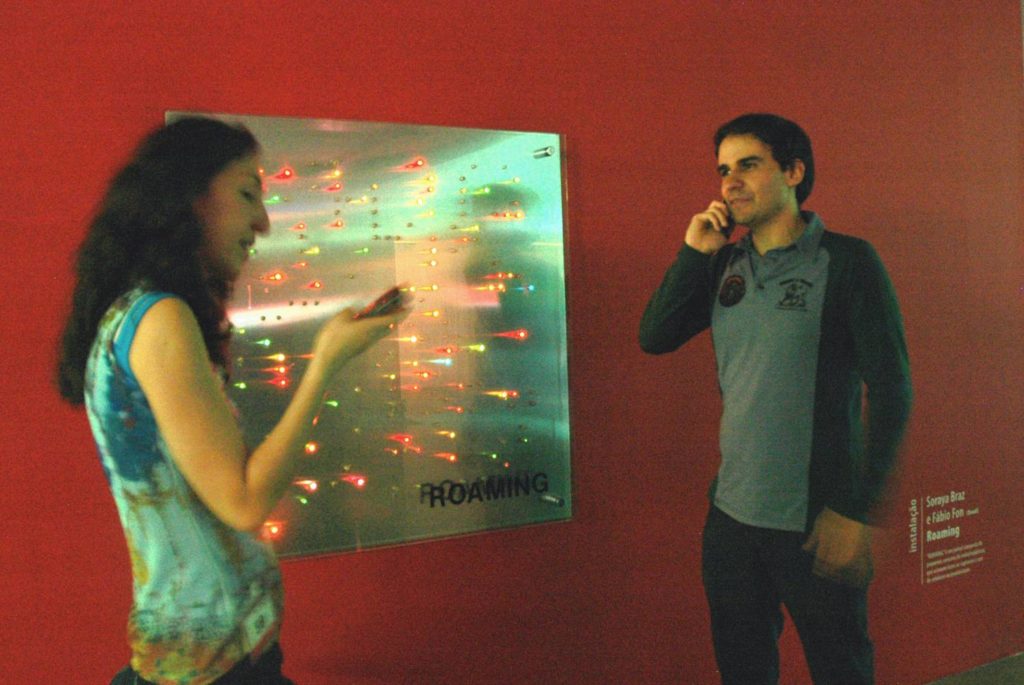 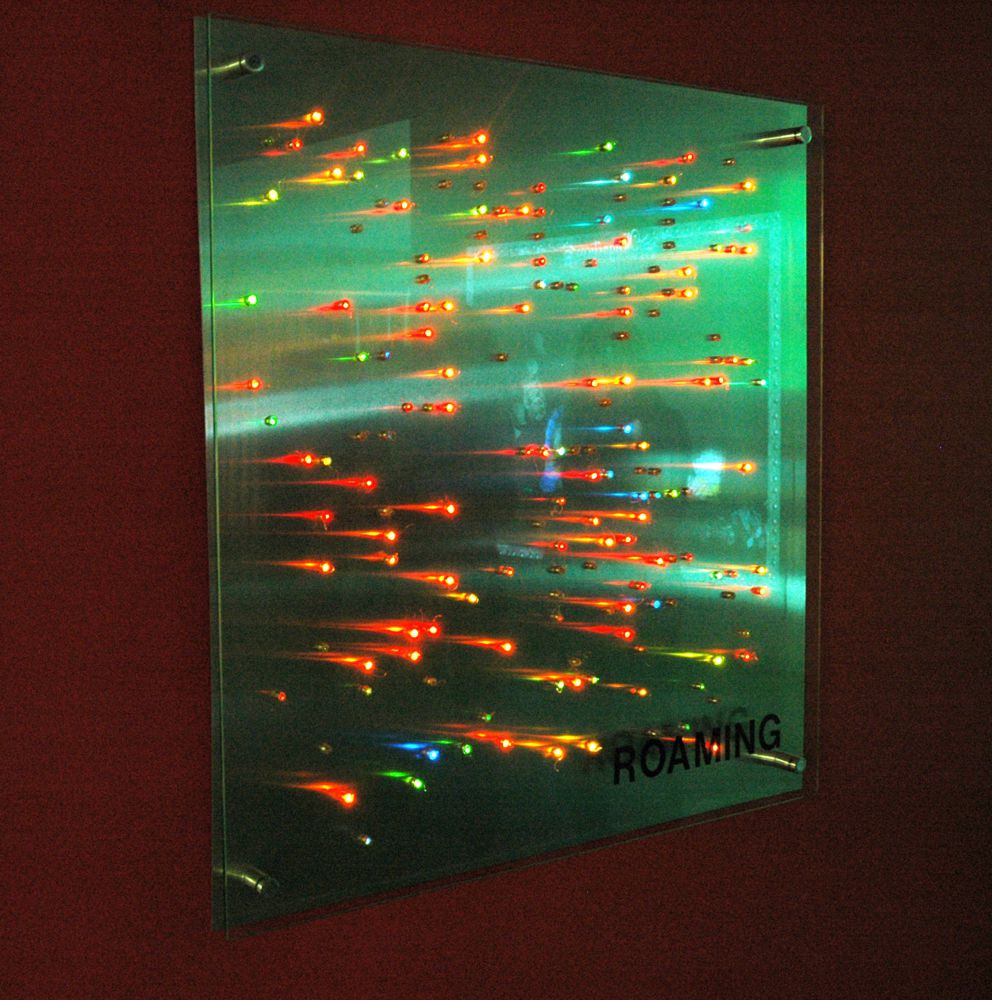 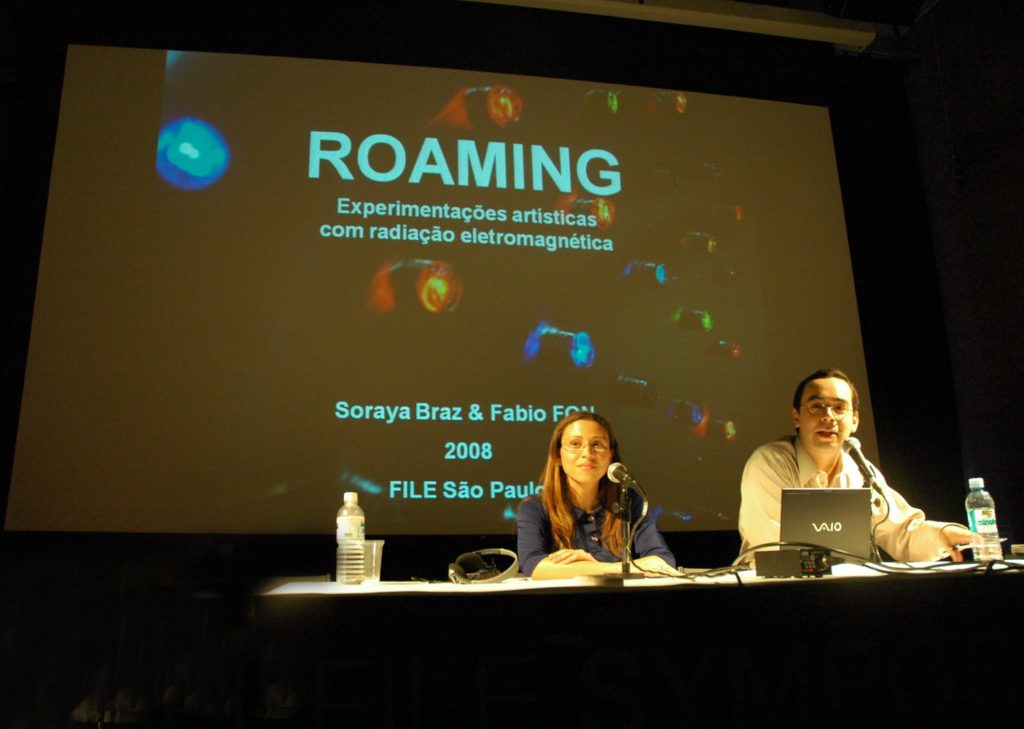 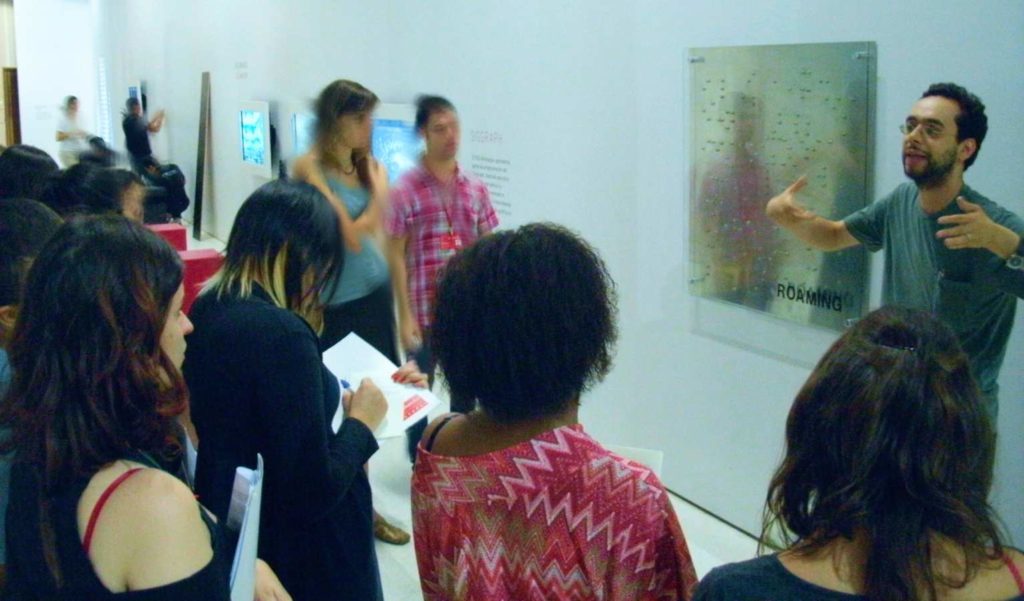 Roaming was an artistic object, produced by Fabio FON and Soraya Braz, who proposed the reflection of the environmental context, literally seeking to give light to electromagnetic radiation – invisible in space and in most discussions about the environment. The object consisted of a glass and aluminum panel that had small radio frequency sensors, which are commonly used inside cell phone pendants, sold in jewelry and haberdashery stores. These sensors become luminous when capturing the use of cell phones. When they are stimulated by certain electromagnetic transmissions (use of cell phones in proximity, for example) they light up, making visible the presence of radio frequency emissions.

Roaming was presented in different cities in Brazil. Initially he participated in the exhibition exhibition of MOBILEFEST 2007 – Festival of Art and Mobile Creativity, at the gallery of SESC Avenida Paulista, in São Paulo, from December 5, 2007 to January 6, 2008. Visitors, using their cell phones, instantly accompanied the luminous reaction of the panel and became aware of the invisible radiation that emanates from cell phones and invades the environment, as well as, our bodies.

In 2008, it was presented at the Mobilefest Exhibition Exhibition – Festival of Mobile Art and Creativity – inside Campus Party Brasil, held at the Bienal Pavilion, Ibirapuera Park, São Paulo, between February 11th and 17th. At the same event, Grampo (2007), who also uses cell phone pendant sensors, was also presented. Campus Party was attended by 3,000 subscribers and over 50,000 visitors, in addition to extensive press coverage. In the same year, the work was presented among the installations present at FILE – International Electronic Language Festival, held at Centro Cultural FIESP, in São Paulo, between the 5th and 31st of August. Roaming also participated in the FILE Rio de Janeiro 2009 and FILE Porto Alegre 2011 editions.