How can we question a model based on the subjective ‘relevance’? Creating a totally unimportant initiative: Freakpedia, creation of web art by Edgar Franco and Fabio FON. An encyclopedia where all entries are unimportant. 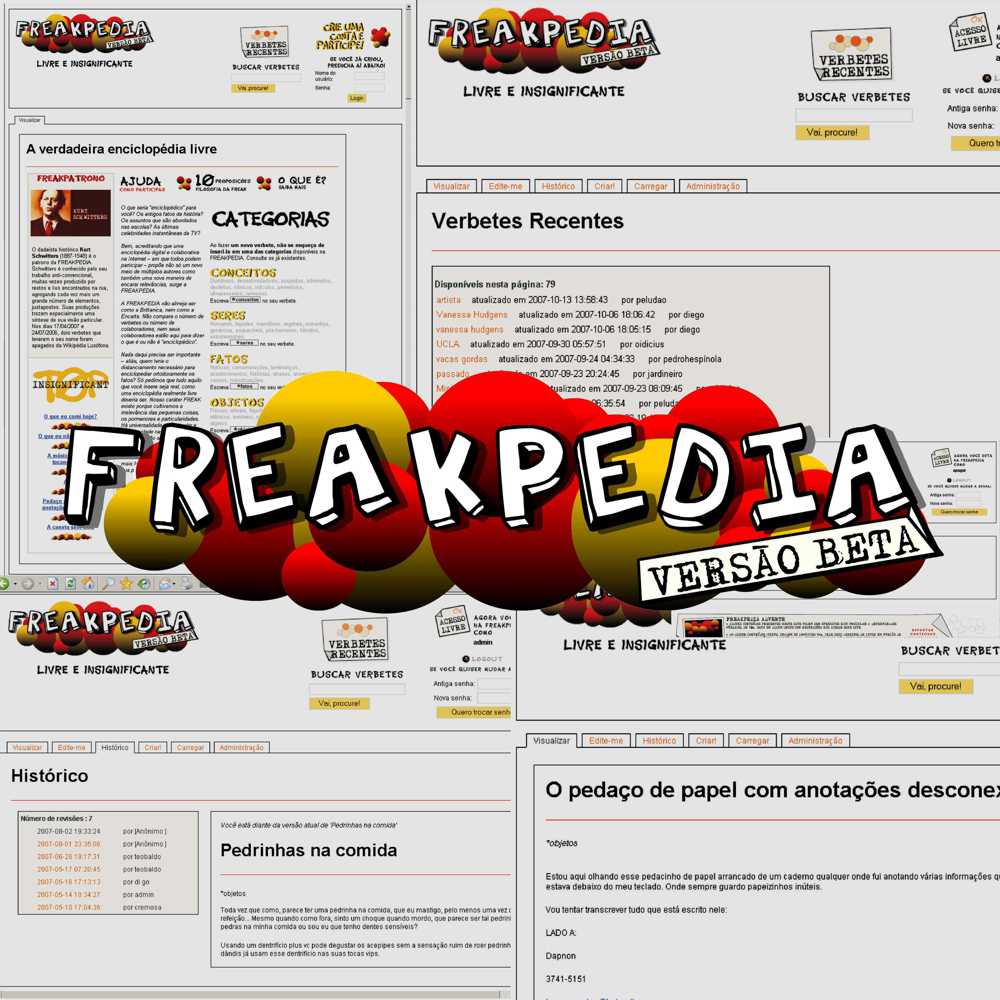 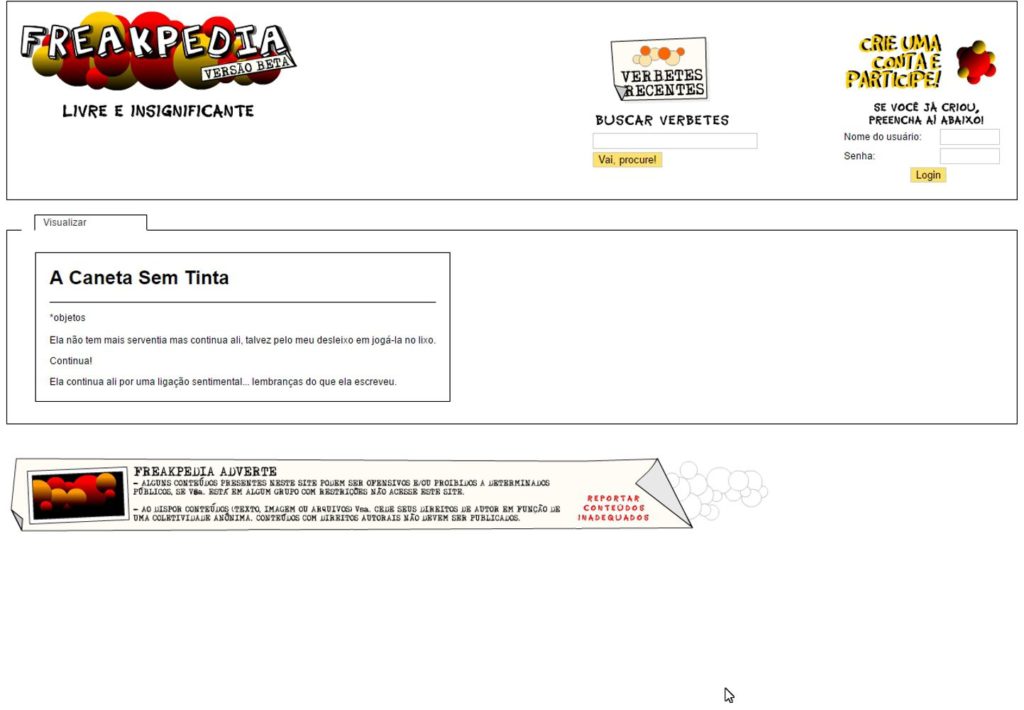 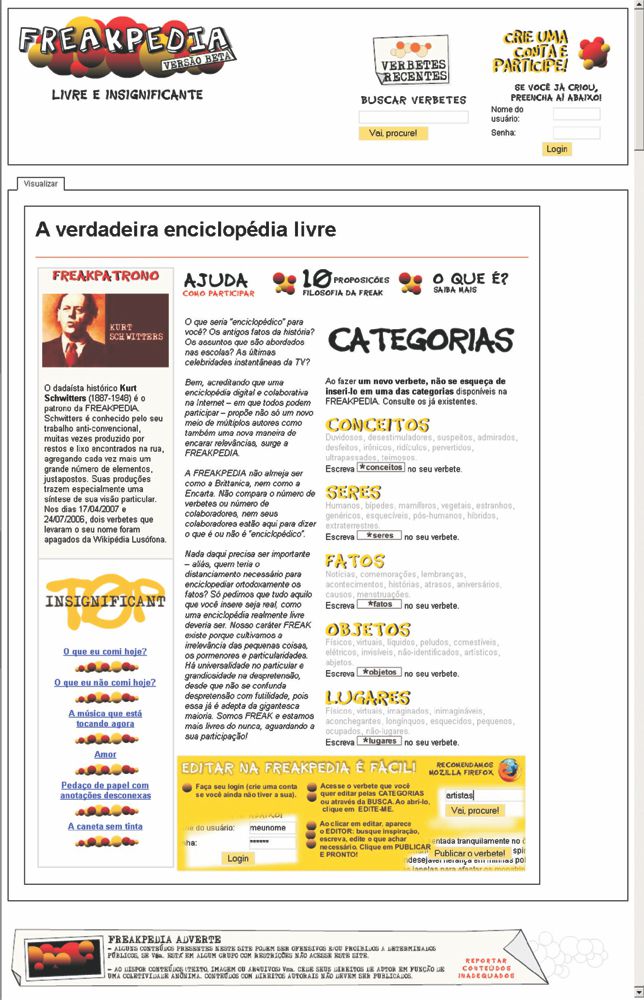 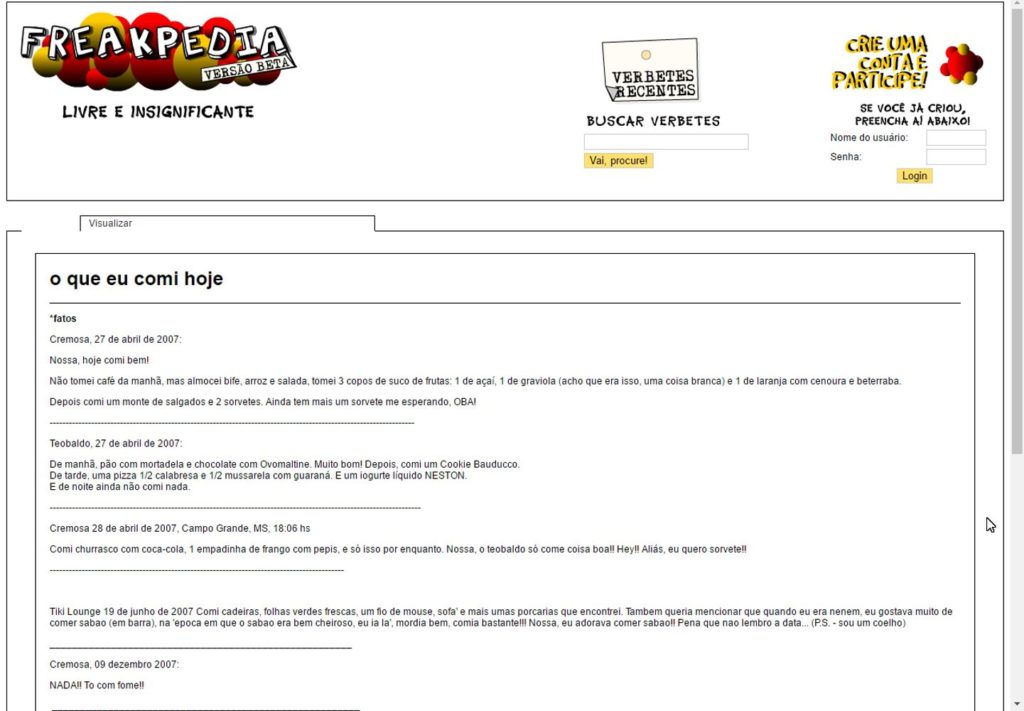 Freakpedia, by Edgar Franco and Fabio FON, was a web art site produced using Wiki technology, known for allowing content editing and instant publication through any browser for the Internet Network. Wiki technology became known through Wikipedia – a collaborative encyclopedia, available through the Internet – which calls itself a “free encyclopedia”. However, it should be noted that the “free” in its subtitle refers to the use of free software – that is, without copyright restrictions.

The Freakpedia website was born from the questioning around the premise of “freedom” of the best known encyclopedia on the planet. At that time, the freedom apparently proclaimed in the encyclopedia was undone by the constant practice, carried out by its editor-administrators, of placing entries inserted by users in processes of elimination: under the justification that there was no “relevance”, many entries they were erased, including from initiatives and personalities that were important in certain contexts. Would the “free” encyclopedia then be practicing censorship? Well, what is certain is that there were no well-defined criteria and, many times, this elimination was subject to the limitations and prejudices of the repertoire of the elite of evaluators of the well-known site.

After some deletions of existing content on Wikipedia – in which some of the authors’ productions were involved – the idea arose to create a space in which relevance is not a reason for censorship, in fact, a really free space – excluding only content that has copyright restrictions. Hence, Freakpedia appears, an encyclopedia based on unimportant entries. At Freakpedia, space was opened to talk about the little things, about what is very personal and has no grandiose pretension. Everything that is there, is necessarily insignificant. As with Wikipedia, any internet user would be free to publish existing entries and edit entries, just by registering on the site.

In 2008, the site was part of the Media Art selection of FILE – International Electronic Language Festival, held at Centro Cultural FIESP, in São Paulo, between the 5th and 31st of August.

After 10 years of contributions, this unimportant initiative was discontinued and the website was finalized.